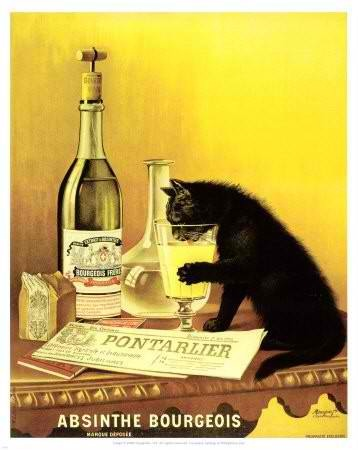 Vintage vino kitty! Made me smile. 🙂

I just want to do this allllll day.

Not sure why I’m all curled up (must’ve been a bit chilly), but here’s my version of my boat-loving days in Georgetown…Pinkberry and all haha.. sigh.

Someday, I will have a boat of my own, and it will be named The Bad Kitty (kidding… sort of…lol) But in the meantime, I need to find someone down here who has one so I can just invite myself over every weekend 😉

Seven reasons you should reach out to every person ever.

1.)  We’re all alone well, kind of.  This sounds grim, but it’s not! There is a freedom in realizing and embracing the fact that at the end of the day you’re sitting in your own skin with your own thoughts and realities.  One of the most beautiful parts of being alive and continually pushed into the world is knowing that every single person on the planet also goes to bed in their own skin, with their own thoughts and realities.  Learning and exploring new people offers you the opportunity to change some wobbly realities you’ve created and equally allows you to challenge someone else’s.

2.)  Everyone wants to be loved. I believe this from the very bottom of my heart.  Some people spend whole lifetimes trying to deny themselves the magic and wonder of being loved.  The world is weird, man.  People are becoming increasingly disconnected from other people and I can only conclude that this is because of an underlying fear of really sharing ones self with another soul.  Its scary, but even if you open that door and subsequently have to shut it, I guarantee your heart is better for it.

4.)  You’re not better than anyone. This is not a race, y’all.  I had a crash course lesson in this when I was 16 years old.  Suddenly I realized that competing against the world at large would only bring me misery, and worse off, would be a complete waste of my precious time in this brilliant and bizarre world.  Quit comparing.  Quit hiding yourself.  There’s always someone who is more _______than you.  Find yourself and love the s**t out of it.  If you can’t- who will?

5.)  Mean people are just fearful. It’s hard to not return rudeness with rudeness.  I’ve slowly learned this since moving to the east coast.  But if she’s rude to you, and you’re rude to her where do you end up? Next time someone is mean to you or cruel, remind yourself that that person is just fighting a battle they haven’t overcome yet and that most likely, that s**t aint yours to bother with.  Let it go and it will let go of you.

6.)  Everyone’s a teacher. At some point you realize that you’re an eternal student. People all around you are here to show you something new.  Listen to other people.  When you are most convicted about your own beliefs it is a prime opportunity to step back for a moment, truly listen to the other side and work out whether or not you subscribe to their belief or sentiment. You’ve changed people’s minds about a lot of things, let them change yours.

7.)  Being tender and open is beautiful.  As a woman, I feel continually shhh’ed.  Too sensitive.  Too mushy.  Too wishy washy. Blah blah.  Don’t let someone steal your tenderness.  Don’t allow the coldness and fear of others to tarnish your perfectly vulnerable beating heart.  Nothing is more powerful than allowing yourself to truly be affected by things. Whether it’s a song, a stranger, a mountain, a rain drop, a tea kettle, an article, a sentence, a footstep…feel it all – look around you- all of this is for you.  Take it and have gratitude.  Give it and feel love.

Breakfast at Balconies – Santa Caterina of Amalfi  | by © Travelive

I am ashamed to admit how difficult this was for me, but I am also pleased with myself for not totally failing. In fact, I scored well over the national average of 49%, with 82% (27 out of 33 questions correct.) Apparently, I need to enhance my knowledge of economic policy in this country… oy.

Give it a shot! It’s fun review and good brain exercise.

I’m proud of this one because it’s a tasty and easy diversion from my usual unhealthy comfort foods. I’m also proud because I kinda sorta came up with it myself! It was originally going to be lemon-garlic chicken, but I thought the lemon was too strong. I had apple chicken served at my wedding, and it was just amazing, so I started substituting in this recipe to get a similar effect. FYI, this picture was taken when I used lemons, and it doesn’t do it justice.. it’s way juicier and more golden 🙂

1 apple, half thinly sliced, the other half cut into chunks

Salt and pepper to taste

Preheat the oven to 450 degrees and lightly coat a casserole dish with olive oil. Arrange apple slices in a single layer on the bottom of the dish.

I seriously, regularly fantasize about finding a box of abandoned kittens on the side of the road, with no excuse but to bring the lil’ fluffballs home and keep them forever. Chuck isn’t a fan of this fantasy, but I bet even he couldn’t say no to this: